Today is the start of a heat wave in the UK.  Basically summer, but hotter than we are used to.  I’ve been able to go in my garden due to large trees that help shade us, and the two dogs have laid around doing nothing much.

A member of the site where i work gave us a photo to play with, so I decided to finally pull some paints out again for the first time in a long time.  I’ve not used these before but was thrilled with them!

Arteza watercolour brush pens are amazingly simple and far less bother than the normal oils i paint with.  A small pot of water, a supply of pens, and a canvas, were all i needed.  Easy to take into the garden with me and, to be honest, if i want to do an oil painting soon i can just go over this canvas.  Which i probably will as, when i tossed the water, it went over the canvas and the watercolour is now ruined.  I now have to learn how to seal these paintings.

Still, for simplicity and lack of mess, I’m very happy with these and will definitely do more paintings soon!!

I present you with the Three Ships… An Arteza watercolour painting.

She ducked down again as the pillars fell. Her eyes streaming tears which washed away streaks of dust and dirt. Her long dark hair stuck to her cheeks and got in her mouth and eyes. She blinked rapidly, trying to see a path ahead through the smoke like debris.

Another bomb hit. The building next to where she now knelt behind her father’s desk. A fresh wave of sobs hit her as she fought to forget his face, frozen forever in shock as the ceiling collapsed on him.

She sat down now, behind the large Oak desk, hugging herself, biting her lip so as to not to cry out aloud. She knew they’d left before the bombs began to fall, but they thought she was already dead. She grimaced as her fingers accidentally touched the raw wound on her neck. Her throat hurt with the dry, dirty, air. She fought to breathe but it was harder and the smell of burning, cooked meat and the screams were more than she could bear.

Pushing herself up off the floor she rounded the desk and saw… Nothing but the next building in ruins below her. Her father’s office, set on the 9th floor, had no wall now. Beyond his shagpile carpet and antique books, strewn across the floor, was the city, laid out before her. Smoke and fire everywhere. Once a hubbub of nationalities and life it was now a fallen shell.

The screams had stopped and a few people called for help, but mainly it was strangely silent. The bombers had left, happy with their work.

She inched forward and looked down over the edge of what was left of the room. Carved out of the tall, majestic, building was just a sheer drop. She could see, she realised, a signature on a beam of wood. Perhaps a workman had carved his loved ones name in it before carefully hammering his nails in place.

Gradually she became aware the voices calling for help had drowned away in a rising drone of aircraft engine noise.

Looking up she saw the bombers returning and she knew there was no hope for them now.

She gazed around… Eyes dry now and face set with a grim countenance. She said goodbye to her father and steadily walked out and over the edge of the building onto air.

So I have been on an anti inflammatory diet for a little over a week now.  I lost 4lb in one week… Let me hear you say, YAY Abbie!

Ok, ok….. Sounds good……but I have another 4 stone to go and I am not a stickler for staying on things.  So let’s take it slow and easy…. I will say, yay me…. quieter….

Anyhooo, I have also got exercise before 🥣 breakfast

I have just been walking on the spot with FitOn with a lady whose name I completely forgot after one minute of cheerful bopping (hers, not mine).  You start off walking gently, but to a beat, then it upgrades to knee crunches, (to the same beat), then kicks and finally side steps.  I was getting on famously until the cheerfully smirk lady starting pumping arms in different directions whilst we were doing kicks.  “Don’t you feel good?” she happily announced.  I just stared at the screen blankly whilst trying to raise my arms in the air yet again whilst kicking so high I stubbed my toe on my work desk.

Limping through another couple of minutes (already done 10 by now with another 10 on the cards), my resolve faltered and I leaned over doing an awesome stretch, and turned her off.

Tomorrow I will try again.  But, for now I am going to work.  It is EASIER!

every morning I sit in my Hideaway in my garden reading books to relax.  At present I’m reading The Inheritance Cycle, four books about Eragon and the Dragon Riders.  I’m on to 3 ‘Brisingr’

My garden is my refuge from every day stresses.  Not even my partner sits out here… Just occasionally I have one, or both of the dogs for company.  This then is my private place. My oasis. Somedays people are so horrible in my job that this is the only place I want to be.  With no web, no computers, no complaining.

I’m creating a woodland in half of it.  Ferns on the floor and bushes and trees, with a small path running through it.  It’s a shady place where not much grows, so choosing things that like it in here can be hit and miss and I’m not getting it right all the time.  But it’s getting there and, hopefully next year, I’ll have the semblance of a glade.

My den is a small gazebo I’ve covered in waterproofing and will add netting to when I’ve made it, for flowers to climb.  I have a honeysuckle that seems to live it in here, already trying to find it’s way up my plastic shed.  Living in rented accommodation means nothing I add can be permanent, but for now I’m living my dream.

I’m getting older now and my dream of a home of my own is just that, a dream that will never take shape.  I’ll never raise enough money and the bank would not give me a mortgage.  So I play the lottery like millions of others, and until then I create my own paradise.

As I write this in my phone, tiny birds are watching me as they hunt for bugs.  Until my dream is reality I’ve built them a home also.  Secluded and quietness, in the middle of a housing estate.  Lots of bugs and food for babies to eat.N

Now I’m going to read more and then go in for breakfast and to start a new day of work.  If I get stressed I’ll be out here again soon enough.  Until then, adieu.

Charlie rubbed his eyes and stared out across the undulating water. He had spotted a movement portside but it was now gone. Brought up on tales of monsters from the deep he had sworn never to step aboard anything with water underneath. Jeez, he even had problems with baths… or was that just being lazy?!  The fear had kept him from visiting many places over the years but he was here… watching this expanse of ocean.  The sky clear apart from a few clouds.  The sea was calm, gently splashing against the boat.   Nothing to frighten him here.

He shivered however, and his hairs stood up on end as he screwed up his eyes, leaning forward to scan the water.  For as far as his eyes could see, the boat was the only thing out here, gently rocking on the calm swell.  A cup of tea, he thought, would go down really well.  No sea sickness here!

A movement alerted him again and …..THERE! He knew he had seen something! OMG was it a mermaid? SIREN? or, and he shuddered now, Kraken?

Before him, not too far away, the water moved in a graceful swoosh upwards as something dark and large broke through the surface and flew into the air, making Charlie almost wet himself in fear. The boat rocked and moved back as the water pushed against it.

Crashing back down, the creature disappeared for a minute and then, suddenly,  parted the waves again, swimming lazily past Charlie’s view, spurting a white splash high into the air as it breathed deeply before sliding down again and disappearing from view.  Spray landed in the boat and everything was covered in salt water.

Charlie stood motionless, stock still, waiting for it to come again.  His heart beat in his chest so hard he thought it was going to burst out.  His knees were weak but he felt a strange exhilaration.  Would it show itself again?

After a few moments he sighed and walked into the kitchen to make a cup of tea, leaving the big TV on behind him. 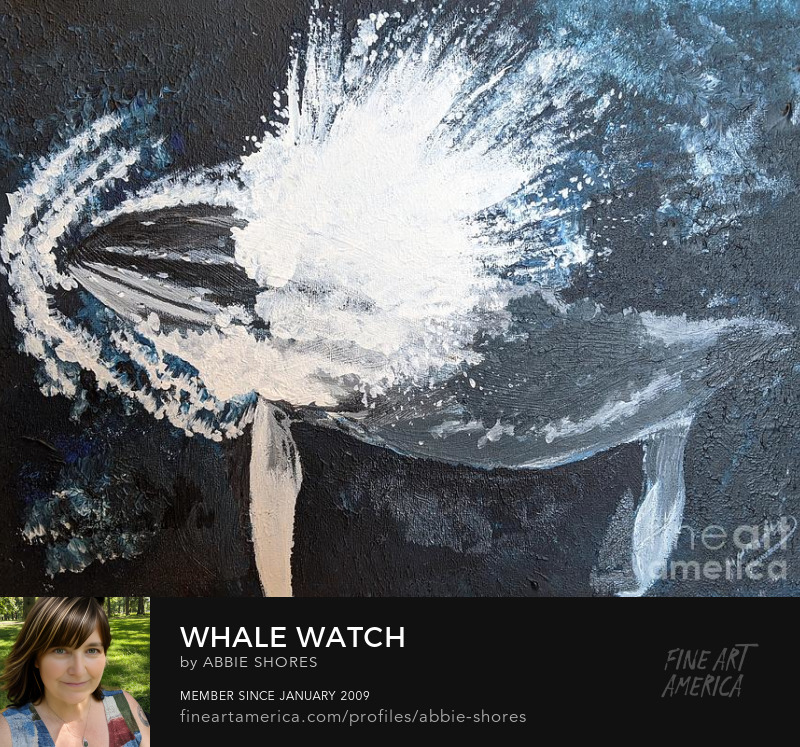